Jubel were on Christmas party DJ duties again on Saturday 17th December at Salisbury Art Centre as Animal Friends Insurance held their end of year celebration with an Oscar’s style ceremony presented by Scott, and a special guest female aka Josh!

For the second year in a row Animal Friends Insurance put on a spectacle at the Art Centre for their Christmas party. It was glitz and glamour throughout with smart suits for the gentlemen and beautiful dresses for the ladies, oh and not forgetting Josh!

The bar was busy, as you’d expect when the boss is paying, and everyone was in high spirits to celebrate another busy and successful year at Animal Friends, who have now donated over 3 million to animal charities throughout the world.

We provided a large mobile disco setup which included a professional mobile DJ booth and 4 powerful moving head lights mounted on truss towers. All brightly lit with our wireless room up-lighters and a touch of smoke to provide some impressive visuals. 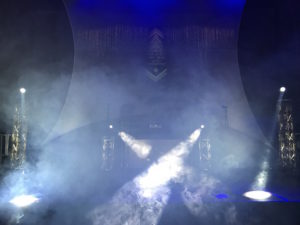 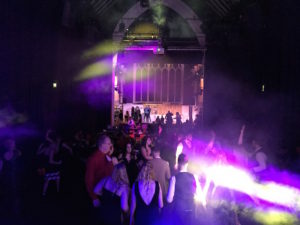 The dancefloor was on great form all night and those who were feeling brave crashed the stage to show off some… unique dance moves! 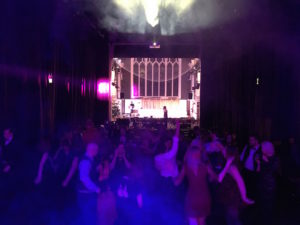 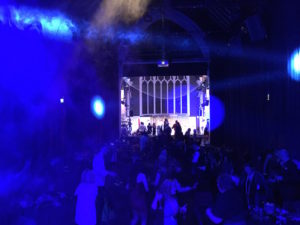 Musically we had all sorts from the latest new tunes to Bon Jovi, Kings of Leon, Jackson 5, House of Pain and all the Christmas Party classics. And in a fitting tribute to the boss Elaine, who unfortunately wasn’t able to attend, we dropped in a big Take That number!

Josh presents The Oscars in a Dress!

Sadly we don’t have any pictures but we can’t sign off without a special mention to Josh who took one for the team donning makeup and a dress to present the evenings awards with Scott. He ‘may’ have had a few glasses of Dutch courage in the lead up to (and throughout!) but hats off to him for doing it. Congratulations Scott on keeping your wardrobe team more under control

There were 15 awards in total as staff were recognised for all of their hard work throughout the year. ‘Biggest Ego’ and ‘Biggest Drama Queen’ drew plenty of laughs and cheers as the nominees and winners were announced.

Finally then a big thanks Animal Friends for asking to be part of your celebrations it was a great finale to our festive schedule and we hope to see you for your next party.

It has been a busy month for parties and discos in Salisbury and surrounding areas and it’s time now for a little break before New Year celebrations! Thanks to everyone who has booked a mobile DJ with us this year.

Please remember that if you are getting married or planning a party in 2017 we provide mobile discos, decorative lighting, wedding post boxes, bars and much more just get in touch with your requirements and we will make it happen.

Jubel were asked to provide mobile disco services for the annual Stonehenge CrossFit Christmas party at the Guildhall in Salisbury on Saturday 10th December.

Set in the hugely impressive Banqueting Hall, around 120 guests sat down to enjoy a three course dinner followed by plenty of dancing as everyone let their hair down and got into the festive spirit.

We played a variety of music including pop, house, R&B, sing along party songs and of course a couple of Christmas classics to cater for a mixed aged group and to keep those feet moving on dancefloor! 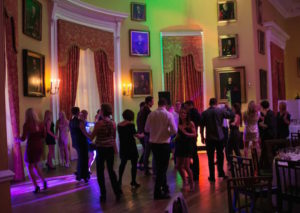 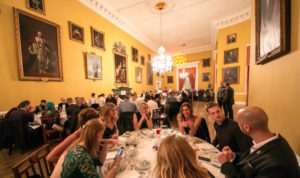 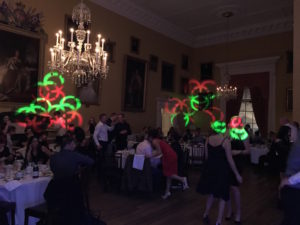 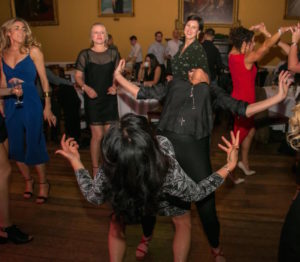 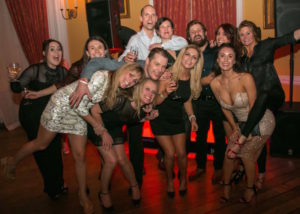 It’s taken the world by storm recently and Stonehenge CrossFit delivered their own epic rendition of a mannequin challenge. If you haven’t seen it or were there and want to relive it check out the video here

Finally, thank you to Lawrence, Scott and all of the team for asking us to be part of your end of year celebration it was a great night. We hope you enjoyed it and the heads weren’t too sore on Sunday morning!

If you want to find out more about CrossFit and what the team at Stonehenge do head over to their website www.stonehengecrossfit.com

We use cookies to ensure that we give you the best experience on our website. If you continue to use this site we will assume that you are happy with it.Ok